The Saga of CIAL 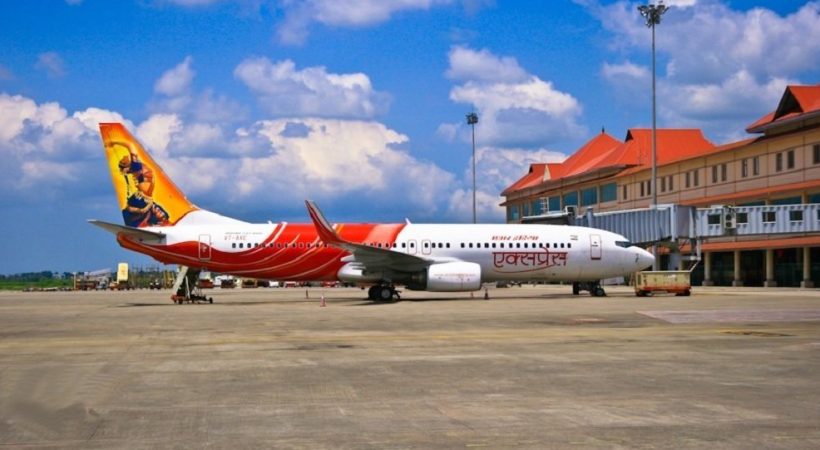 Constructing an International airport in a remote village like Nedumbassery in Kerala was not an easy task and involved many threats like the hectares of paddy field in the land that was meant for the airport, relocating the families staying in the area and the financial sources required the plan to be realized. Many found this as an impossible project and a utopian idea. However, with the will power and the hard work of the person behind the project, it was realized and today, the international airport at Nedumbassery that was founded 25 years ago stands as an evergreen project of Kerala.

Cochin International Airport Limited (CIAL) is not just a company but also an irreplaceable model, which has now completed 25 years of existence. The company which was registered on 1994 March 30 completed the construction of airport in just 5 years and it was inaugurated on 25 May 1999. The project involved 1300 hectares of land, 3 terminals, more than one crore passengers every year, 18000 investors and an expected profit which was more than 160 crores per year. The first airport in the world to be built on a public-private partnership, the Cochin International airport is also the first airport in the world to be completely run on solar energy. All these can be attributed to the success saga of CIAL but looking back to the history, this journey was not at all a smooth story. Mr. V.J. Kurien, the Managing Director of CIAL believes that every single individual in this world has a destiny and that it was his destiny to build this airport.

The project was a total challenge until it was completed. From the foundation stone, until the first landing in the airport, it was completely filled with anxious moments, which were overcome with the strength of will power, hard work and persistence. Even today, Mr. Kurien does not have a clear answer for the reason why he chose to take up this heavy project. When he took it up, he did not have any knowledge about aircrafts, airports or any technicalities of that field.

By the end of the 80’s Cochin was almost out of the Aeronautical map of India since there were no facilities for bigger flights to land and landing at night was impossible. Hence, the first project was to renovate the Navy Airbase at the Wellington Island and a central government meeting was called to discuss the same.  Mr. Kurien was then the District Collector of Ernakulum and he participated in the meeting representing the Kerala State Government. The navy did not express any interest in the project and subsequently, the construction of a new airport came into discussion. However, the central government was not ready to fund the project. The estimated cost was almost 200 crores. It was thus that the idea of public-private collaboration came in. It was seen as nothing more than the over excitement of an IAS officer. At end of a lot of criticism and mockery, the then Chief Minister of Kerala, Mr. K Karunakaran expressed his interest in the project and from then on, he was a strong support for the project. A society was formed in 1993 and funds were raised. However, the total amount collected was just 4.47 crores. Mockery and criticisms followed.

Though the society was formed, funds could not be raised as expected. A German Malayalee, Mr. Jose Maliekkal contributed Rs.20000 and the project was started with this small amount. Moreover, it was a hectic task to get hold of the 1300 hectares of land in Nedumbassery. It was thus the company; Cochin International Airport Limited was formed. It was registered on the 30thof March 1994. A new investment plan was submitted which is now known as ‘Securitization of Future Receivables’. The chief Minister gave a final chance to move forward with the project. According to this plan, funds were raised with the help of petroleum companies and banks. State Government, Certain individuals and certain prominent companies also helped with the raising of the funds. Though there were a lot of criticism against taking up the land and almost 1003 cases were registered against the company, the dream project went on. In between this, the new chief minister took charge. Mr. A.K Antony and Mr. E K. Nayanar, the following chief ministers also supported the project. Even before the land for the runway was taken up, the foundation stone was laid on, 1994 August 8 and this created a public confidence that this project would work.

In just five years, the construction was completed and on 1999 May 25, the then India President K.R. Narayanan inaugurated the airport.

Almost 822 families had to be relocated in the project and it was not an easy task. Though there were criticisms in the beginning, the company was able to convince the families about the benefits of the airport. Moreover, they were also offered job opportunities and taxi permits in the airports and this helped in gaining their confidence. More than the airport, what satisfies Mr. Kurien is the fact that the project provides job opportunities to almost 12000 people and this has helped in raising their standard of living. Cochin then spread towards the south and witnessed a total facelift.

CIAL did not stop with this in the third stage of renovation programs, a new international terminal was built and the whole airport now runs completely on solar energy.

CIAL is a model for all, which proves that if the confidence of the public were gained through honesty and hard work, development would follow.