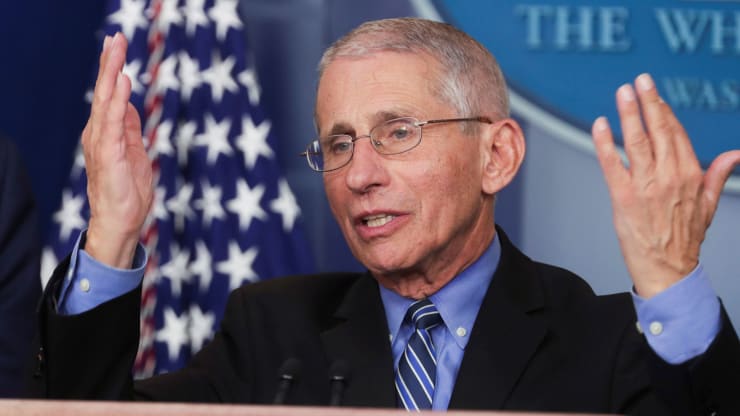 In a much anticipated testimony before the senate committee on health, White House health advisor Dr. Anthony Fauci said, “There’s no guarantee that the vaccine is actually going to be effective.” His statement has come amidst the race wherein drug companies across the world is tiring to develop a coronavirus vaccine.

According to report Fauci delivered this dismal warning Tuesday to the Senate Committee on Health, Education, Labor and Pensions during a hearing about the  possibility of reopening businesses across the nation. U.S. officials had earlier claimed that the development of a vaccine as a key turning point in the Covid-19 pandemic, even though it would take at least 12 to 18 months.

However, Fauci’s has posed complexity en route to a vaccine.

“You can have everything you think that’s in place and you don’t induce the kind of immune response that turns out to be protective and durably protective,” Fauci said of a vaccine. “So one of the big unknowns is, will it be effective? Given the way the body responds to viruses of this type, I’m cautiously optimistic that we will with one of the candidates get an efficacy signal.”

More than 100 vaccines are in development globally till April 30, according to the World Health Organization, with at least eight vaccine candidates already in human trials.

Until a vaccine is ready, Fauci said, the country needs to continue trying to mitigate and contain outbreaks.Another worry among epidemiologists, Fauci said, is that the vaccine backfires and strengthens the virus.

There have been at least two vaccines in the past that have produced a “suboptimal response,” he said. “And when the person gets exposed, they actually have an enhanced pathogenesis of the disease, which is always worrisome. So we want to make sure that that doesn’t happen. Those are the two major unknowns.” CNBC reports.

Still, Fauci said he’s “cautiously optimistic that we will have a candidate that will have some degree of efficacy, hopefully a percentage enough that will induce the kind of herd immunity that would give protection to the population at home.”

According to Axios Fauci’s stand on this matter is against What White House thinks which seeks to persuade Americans that sufficient testing and personal protective equipment is in place so they can safely return to work. Yesterday while President Trump gave a White House Rose Garden press conference, banner that proclaimed “America Leads the World in Testing” was in the background.

At the same time, Vox  reports that while the US has conducted more tests than other countries, it’s not doing so well per capita. The US has tested 26 per 1,000 people, while Denmark has reached 53, Italy 42, and Germany 33.

At yesterday’s press conference, when an Asian-American reporter asked about deaths in the US, President Trump had urged her  “ask China” before ending the news conference unexpectedly.