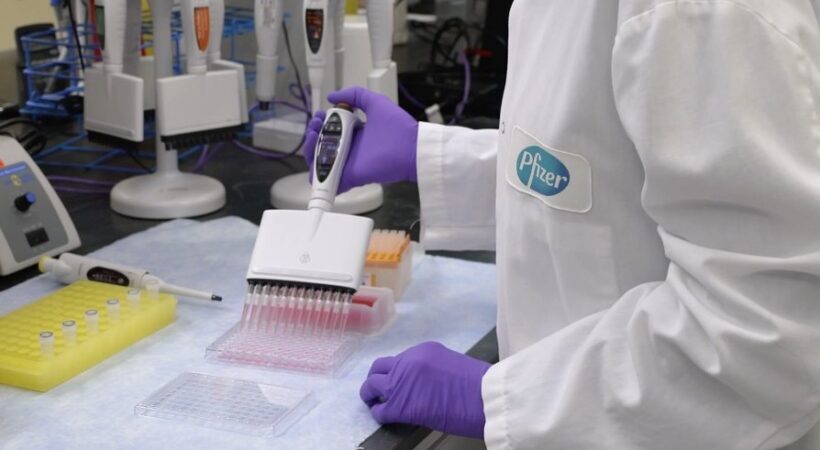 A third dose of the vaccine against COVID-19 developed by Pfizer/BioNTech is 95.6 percent effective against symptomatic infection, according to a study by the makers published on Thursday, an AFP report said.

According to the report, the clinical phase three trial with “10,000 participants 16 years of age and older” showed “a relative vaccine efficacy of 95.6 percent against disease during a period when Delta was the prevalent strain”, the companies said in a statement.

The study presented the “first results” of a booster trial, with a third shot of the vaccine demonstrating a “favorable safety profile”, the report said.

“These results provide further evidence of the benefits of boosters as we aim to keep people well-protected against this disease,” said Pfizer CEO Albert Bourla, AFP reported.

The preliminary results would be shared with regulatory agencies “as soon as possible”, the companies said in the statement.

According to the report, several countries have already approved Covid-19 booster shots to increase immunity in people who have already been vaccinated, but whose protection may have dipped after several months, per some studies.

In the United States, the federal Food and Drug Administration (FDA) approved a third dose in September for everyone aged 65 and up, as well as people at high risk of developing severe Covid.

The European Medicines Agency (EMA) approved a booster for over-18s at the beginning of October, allowing national regulators to decide which groups should be eligible first.

In Israel, authorities have gone further, approving booster shots for everyone aged 12 and over, the AFP report said.