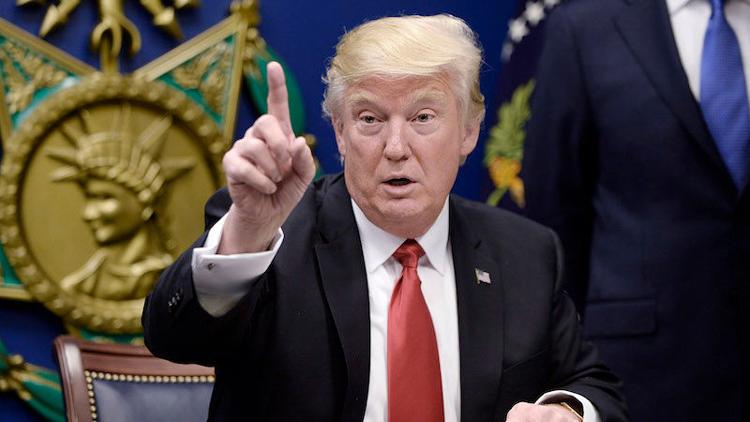 Worsening the tension which has already escalated  over the resentment of China’s mishandling of Covid-19 pandemic,  US President Donald Trump has issued a declaration curbing the entry of Chinese students and researchers having links with the People’s Liberation Army ,PTI reports.

It is believed that Presidents move is to stem China’s alleged efforts to use graduate students to acquire intellectual property and technology from America.

Earlier both leaders of U.S and China had engaged in a verbal spat over coronavirus origin,Beijing’s security crackdown in Hong Kong and China’s aggressive military moves in the disputed South China Sea.

Issuing a declaration on Friday, Trump said China is involved in a wide-ranging and heavily resourced campaign to acquire sensitive US technologies and intellectual property to modernize its massive military — the People’s Liberation Army (PLA). The Ecnomic Times reports.

This action of China is a threat to the US’ long-term economic vitality and the safety and security of the American people, he said.

Trump accused that China employs some Chinese students, primarily postgraduate and postdoctoral researchers, to perform as non-traditional collectors of intellectual property. Therefore, Chinese postgraduate students or researchers who are or have been associated with the PLA are at high risk of being exploited or co-opted by the Chinese authorities and provide particular cause for concern.

“In light of the above, I have determined that the entry of certain” Chinese nationals “seeking to enter the US pursuant to an ‘F’ or ‘J’ visa to study or conduct research in the US would be detrimental to the interests” of America, he said.

China on Friday had termed Trump’s threat to slap sanctions on its students in America as racist, saying it is a brazen political persecution and reminiscent of the McCarthy era. McCarthyism is the practice of making accusations of subversion or treason without proper regard for evidence,Ecnomic Times said in a report.

The U.S plan reveals a deep-rooted “Cold War” and zero-sum mentality that permeates the thinking of some Americans and warned the US not to violate the legal rights of the Chinese students in America said Chinese Foreign Ministry spokesman Zhao Lijian said ,PTI reports.
While the F-1 visa is for students attending a full-time degree or academic programme at a school, college or university in the US, the J-1 visa offers cultural and educational exchange opportunities in America through programmes overseen by the US State Department. The F-1 visa is valid for as long as it takes the student to finish his or her course of study. An F-1 Visa also allows students to work on campus and in some situations even off campus, report said.

Featuring the declaration as a positive move, Congressman Mike Rogers, Ranking Member of the House Homeland Security Committee, said China is committed to a long-term campaign for global technological leadership, even if it means stealing their way to the top.

China has taken concerted steps to extract the latest technologies from leading American institutions and transfer information back to China’s defense industrial base and state-run industries.

“This is a wholesale attack on American competitiveness. I commend the President for issuing this proclamation. It is a good step forward to safeguard our national security and American economic competitiveness,” he said.