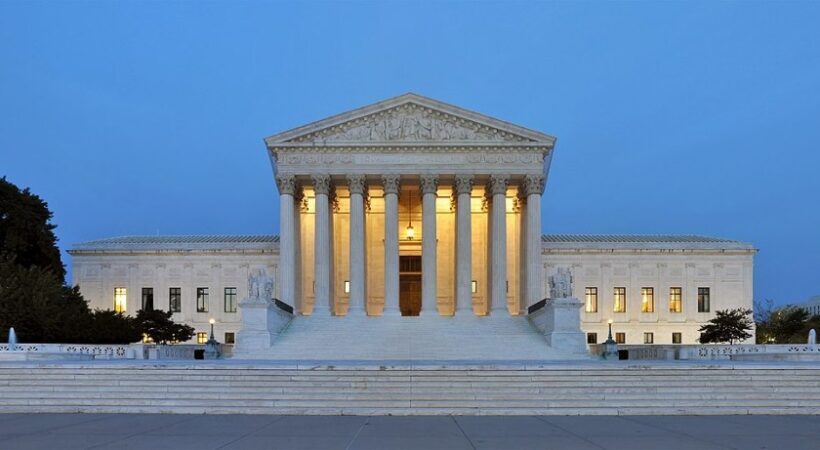 The U.S. Supreme Court on Friday agreed to hear a bid by a group of Republican state officials to take over the defense of a hard line immigration rule issued by former President Donald Trump’s administration that had barred certain immigrants deemed likely to require government benefits from obtaining legal permanent residency, a Reuters report said.

According to the report, the justices took up an appeal by 13 Republican state attorneys general led by Arizona Attorney General Mark Brnovich of a lower court’s ruling that rejected their bid to defend Trump’s “public charge” rule. President Joe Biden’s administration dropped the government’s defense of the policy. A federal judge in Illinois in a separate case vacated the rule nationwide.

The rule was in effect from February 2020 until last March.

U.S. guidelines in place for the past two decades had said immigrants likely to become primarily dependent on direct cash assistance or long-term institutionalization, in a nursing home for example, at public expense would be barred from legal permanent residency, known as a “green card.”

Trump’s policy expanded this to anyone deemed likely to receive a much wider range of benefits for more than an aggregate of 12 months over any 36-month period including the Medicaid healthcare program, housing and food assistance, the report said.

The San Francisco-based 9th U.S. Circuit Court of Appeals decided in 2020 that Trump’s policy impermissibly expanded the definition of who counts as a “public charge.” Other courts around the country made similar rulings.

Brnovich and the other Republican officials told the justices that they should be able to defend Trump’s rule, saying it has been estimated to save all states about $1 billion annually. During the time the policy was enforced, the government issued only three denials of admission under it, according to court filings, all of which have since been reversed.

The Supreme Court in March dismissed another case from New York involving the legality of the rule at the urging of Biden’s administration, the Reuters report said.