US surpasses other countries with More coronavirus cases 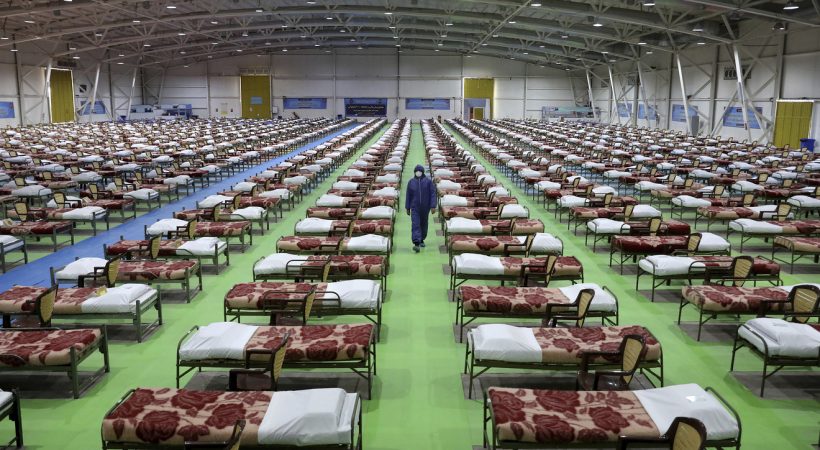 The United States on Thursday surpassed China and Italy as the country with the most coronavirus cases, according to a Reuters tally, as New York, New Orleans and other hot spots faced a surge in hospitalisations and looming shortages in supplies, staff and sick beds, the Global News reported.

The number of cases of coronavirus reached 81,378 in the country, the Reuters tally showed. China was second with 81,285 cases and Italy third with 80,539 cases.

Tallies from The New York Times and Johns Hopkins University also showed that the US surpassed China and Italy on Thursday.

At least 1,178 people in the United States have died from COVID-19, which has proven especially dangerous to the elderly and people with underlying chronic health conditions, according to a running tally based on reports from state and local public health authorities, the report said.

An expected shortfall of ventilators — machines that support respiration for people who have lost the ability to breathe on their own — was substantial, as a surge of cases overwhelms New York hospitals, New York Governor Andrew Cuomo told a news conference.

“Any scenario that is realistic will overwhelm the capacity of the healthcare system,” he said. “The number of ventilators we need is so astronomical – it’s not like they have them sitting in the warehouse,” Cuomo added. “There is no stockpile available,” he said.

At least one New York hospital has begun a trial of sharing single ventilators between two patients.

Dr. Craig Smith, surgeon in chief at New York-Presbyterian/Columbia University Medical Centre in Manhattan, wrote to staff that teams had worked “day and night” to get the split-ventilation experiment going.

While New York was the coronavirus epicentre in the United States this week, Louisiana could be the next. In New Orleans, the state’s biggest city, Mardi gras celebrations last month were believed to have fuelled the outbreak, the report said.

Louisiana Governor John Bel Edwards warned that his state, reporting about 1,800 infections, including at least 83 deaths is rapidly running out of beds and ventilators.

“If we don’t flatten the infection curve soon, we will be out of ventilators in New Orleans by April 2, and we would potentially be out of bed space for individuals by April 7,” he said at a press conference.

“It’s not conjecture, it’s not some flimsy theory, and it’s not some scare tactic. This is what is going to happen,” he said, the Global News report said.

Tags: US surpasses other countries with More coronavirus cases
Related -