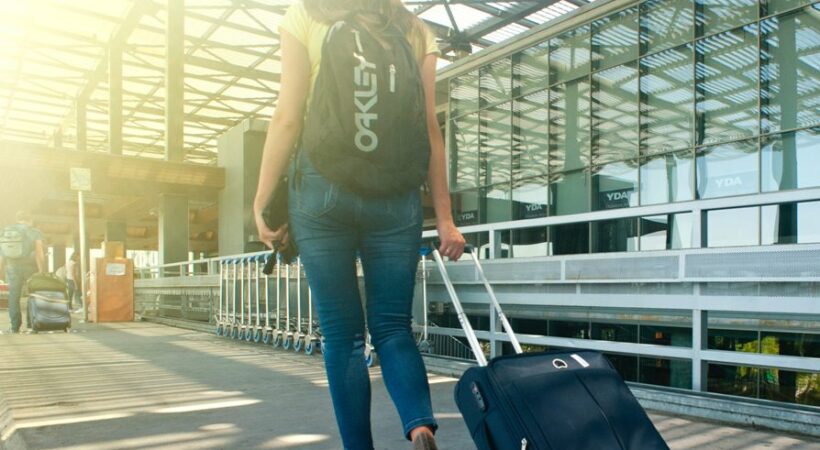 Britain’s so-called “simplified” international travel system that scraps an amber list of medium COVID-19 risk countries took effect on Monday, but it offers no benefits for vaccinated Indians travelling to the UK, a PTI report said.

According to the report, the UK angered India by not recognizing fully vaccinated Indian travelers as part of the new rules announced last month, despite India-made Covishield among its listed globally eligible vaccine formulations.

India, in retaliation, imposed its reciprocal measures on all British travelers — irrespective of vaccination status — requiring the same level of PCR tests and 10-day quarantine at declared destination, also effective from Monday.

Meanwhile, it was reported, that new “reciprocal” Covid-19 rules for UK nationals arriving in India came into force sending 162 of 539 people who arrived in three flights from the country to mandatory home quarantine after making them sign affidavits.

“We continue to work with international partners, including India, to roll out our phased approach,” a UK government spokesperson said, the PTI reported.

The UK’s new system covers over 50 countries, including the US and European Union (EU) member-nations plus 18 others such as Canada, Japan and the UAE. Travelers from these countries can now travel to England without needing to complete a pre-departure test, a day 8 test or enter a 10-day self-isolation period. They require just a single PCR test on the second day after arrival in the UK, the report said.

“This builds on the UK government’s successful pilot phase with Europe and the US, and brings the total number of countries in scope of the policy to over 50, with more countries and territories being added in the coming weeks,” the Department for Transport said.

India not being on the list of eligible countries means travelers are required to undertake all three tests — pre-departure, day 2 and day 8 — and self-isolate at a declared address, with the option of “test to release” from isolation after a negative PCR test on day 5. This effectively remains unchanged from India’s amber list status already in place, the report said.

Travelers from countries on the red list, around 54 in all, continue to be required to undertake a mandatory 10-day quarantine at a government-designated hotel, a requirement the UK government is said to be considering scrapping for a majority on the red list later this month.

From the middle of this month, the British government also plans to replace PCR tests with a cheaper lateral flow test for vaccinated arrivals. However, the time frame and details of this change remain unclear.

Meanwhile, UK government sources said over the weekend that the extension of vaccine certification to additional countries will be reviewed approximately every three weeks and that it continues to engage with the Indian government on the issue.

“The UK is continuing to work on expanding the policy to countries and territories across the globe in a phased approach. We are continuing to engage with the government of India on technical cooperation to expand UK recognition of vaccine certification to people vaccinated by a relevant public health body in India,” sources said, the PTI reported.

“We are working with an array of international partners and look forward to continuing the expansion of the policy to countries and territories across the globe in a phased approach. Extension of vaccine certification will be reviewed approximately every three weeks,” they added.

“We are accelerating towards a future where travel continues to reopen safely and remains open for good, and today’s rule changes are good news for families, businesses and the travel sector,” UK Transport Secretary Grant Shapps said on Monday.

“Our priority remains to protect public health but, with more than 8 in 10 people now fully vaccinated, we are able to take these steps to lower the cost of testing and help the sector to continue in its recovery,” he said.

All arrivals into the UK, from any country, continue to be required to fill in a passenger locator form ahead of travel.

Tim Alderslade, chief executive of Airlines UK, which represents UK carriers, said: “Things are moving in the right direction and the removal of these restrictions will make it easier and cheaper for people to travel.”

However, he said the UK remained “an outlier on arrivals testing for vaccinated passengers”.

Airlines UK hopes to see more countries removed from the red list at the next update and further mutual recognition of vaccine status for those jabbed in other countries, he was quoted as saying by the BBC.

Willie Walsh, head of industry body the International Air Transport Association, welcomed the change as a “positive step”, saying the government’s testing and quarantine restrictions had been both unscientific and costly.

“People have been led to believe that the risk is people flying into the country. The risk was inside the country,” he said, the PTI report said.