‘We will share it with the world’, says Israel’s ambassador to India on Covid-19 breakthrough 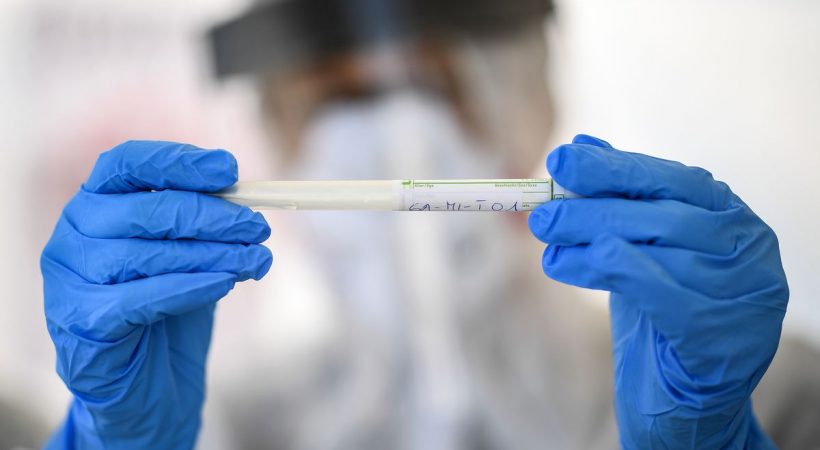 Following the reports of Israel’s significant breakthrough in developing a vaccine to contain the deadly Coronavirus, the country’s ambassador to India Ron Malka on Wednesday said that the results of clinical trials are still pending and that Israel would share the results with the world when available.
‘The processes are not finalised, we are at an advanced stage, Yes, of course, we will share it with the world,’ Malka told to ANI.

He added that it was ‘too early to know if it is ready for mass development.’
According to the report,Malka also said that the coronavirus crisis has brought India and Israel closer with the two countries sharing their best practices in combating the COVID-19 and facilitating new processes.

On Monday Israeli Defense Minister Naftali Bennett claimed that scientists at the country’s main biological research institute had developed an antibody against coronavirus and which is a “significant breakthrough” in the fight against Covid-19. He also said that as the researchers have wrapped up the development phase and moved to patent and mass produce the potential treatment.

According to a statement from Bennett’s office, Bennett visited the labs of the Israel’s Institute for Biological Research (IIBR), which is being operated under the Prime Minister’s Office and mandated to develop a vaccine for coronavirus, in Ness Ziona on Monday and was shown the “antibody that attacks the virus in a monoclonal way and can neutralize it within the bodies of those ill”.

The statement said that the antibody’s development had been completed and that the institute is trying to get the patent for their new finding. “and in the next stage, researchers will approach international companies to produce the antibody on a commercial scale”.

“I am proud of the institute staff for this terrific breakthrough,” Bennett said, adding that “their creativity and the Jewish mind brought about this amazing achievement”.

In March, Israeli daily Ha’aretz, quoting medical sources, had reported that scientists at the institute had made a significant breakthrough in understanding the biological mechanism and qualities of the virus, including better diagnostic capability, production of antibodies for those who already have the virus and development of a vaccine.

However, the statement keeps silent on whether human trials were conducted.

Tags: 'We will share it with the world', says Israel's ambassador to India on Covid-19 breakthrough
Related -