When Everest becomes a Tourist spot 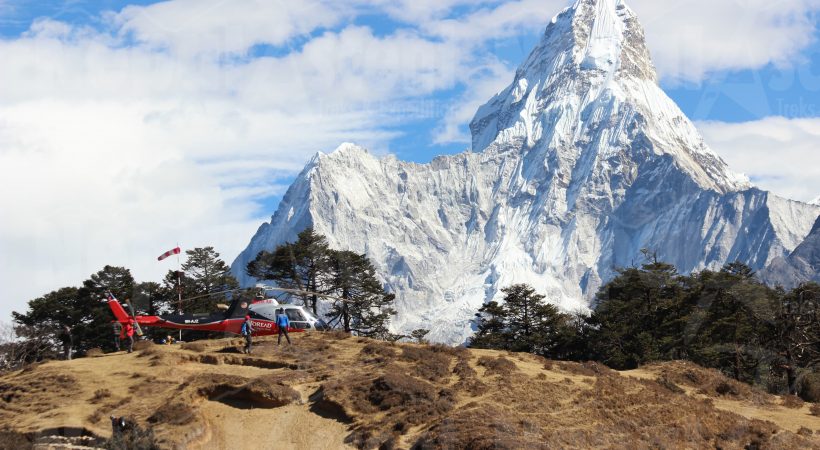 The Mount Everest and the areas nearby are extremely difficult to access if not with the help of the Sherpas who guide and assist the mountaineers. For the Sherpas, these mountains are religious symbols and they worship them. It is also their dream to climb the Mount Everest at least one in their life. They don’t call the mountain Mount Everest, but rather calls it ‘Chomolumgma’ which in their language means the ‘Goddess Mother of the Wind and the World’. Tenzing, the first Sherpa who climbed the Mount Everest, upon reaching the peak, said that he was then in the lap of his mother. It was on the seventh expedition that Tenzing conquered the Mount Everest along with Hilary. He consoled himself that the Goddess Mother was angry with him, all the six times that he failed.

All these were stories of the past. Today, anyone who has enough money, reach the peak of Mount Everest. But it has to be remembered that without enough preparations and precautions, the expedition can turn into a disaster.

Majority of the individuals start their expedition from Katmandu, the capital of Nepal. They first move to Luka via air and then to the base camp in truck. The base camp is at a height of 17,500 feet. Many stay at the base camp for weeks in the spring till the expeditions start in May.

According to the current data, around 600 individuals conquer Mount Everest every year and this completely relies on the permit issued by Bhutan and Nepal and these permits are issued only to those who have proved their expertise in mountaineering. The expeditions usually happen in the period between the winter and the Summer Monsoon. Foreigners would have to spend almost 11,000 dollars for this. There are extra charges too.

Moreover, there would also be the charges for the Sherpa or other experts who accompany you in the expedition. There are also charges for the stay at the base camp, the oxygen cylinders, other instruments and attires.

Even with all these instruments and preparations, the expedition to Everest is never a safe journey. It is journey which can encounter death at any point. There have been almost 350 deaths till date on the expedition the Mount to the Mount Everest.

The causes for death include inadequacy of oxygen and heart attacks. The 8000 meters from the base camp is called the death zone and oxygen is limited here. Subsequently, there are chances for cerebral edema, hallucinations, Frostbite, impaired speech and hypothermia in this region. Avalanche and fall from the mountain are also prominent causes for deaths.

Thus it is extremely important to be completely ready, both physically and mentally before taking up the expedition to the Mount Everest.