Who said cutlet is a foreigner? It has  an Ayurvedic past 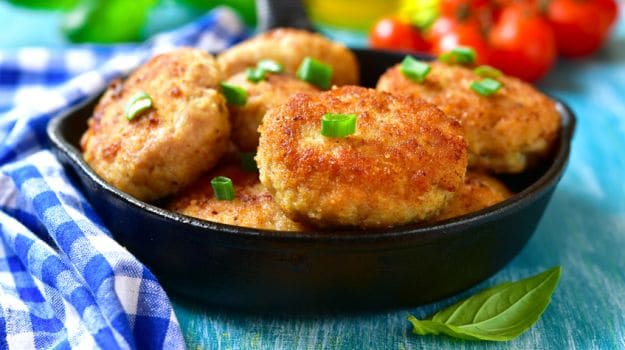 Cutlet is one of the most favourite yummy snacks at tea intervals.  Even though it is regarded as a novel snack in India, it is not so.  The fact is that the American, Australian and Italian cutlets, which are popular all over the world,  helped much in spreading cutlet is a foreign nutriment, not Indian.

Cutlet has been   consumed in India since ancient times and in Ayurveda it is called “Vesha Varam.”  But it is true that the word “cutlet” is foreign as its origin is in France.

Most importantly, Ayurveda  Acharyas like Charaka and Vagbhata had known about it. They also had  different recipes for making cutlets using meat and cereals.

One of the important preparations among them is about  using boneless meat as main ingredient. Meat is chopped into small pieces and after boiling it slightly, mix  it with long pepper, dried ginger, pepper powder and  prepare it in ghee.

Vagbhata elaborated it  with saying that the use of Vesha varam would change according to the change in the  mix that, whether it is prepared with using cereals or meat.

Some important features of cutlets

1. According to Ayurveda, cutlets are high in calorie and delicious,  so it can also be considered to upgrade the currently available cutlets by preparing them  in the Ayurvedic style.

2. A mixed cereal cutlet contains almost 108 calories. Total fat in it  is 1.3 g, minerals 6gm and protein is 18 gm. However, cholesterol in a cutlet is comparatively lower in levels.

3. A cutlet, made  by using Ayureda method, is high in sodium, potassium, calcium and iron.

4. Nowadays there are different varieties are available and as Vagbhata said , the quality of cutlets would change according to the ingredients used in its  preparation.

Tags: Who said cutlet is a foreigner ? It has  an Ayurvedic past
Related -