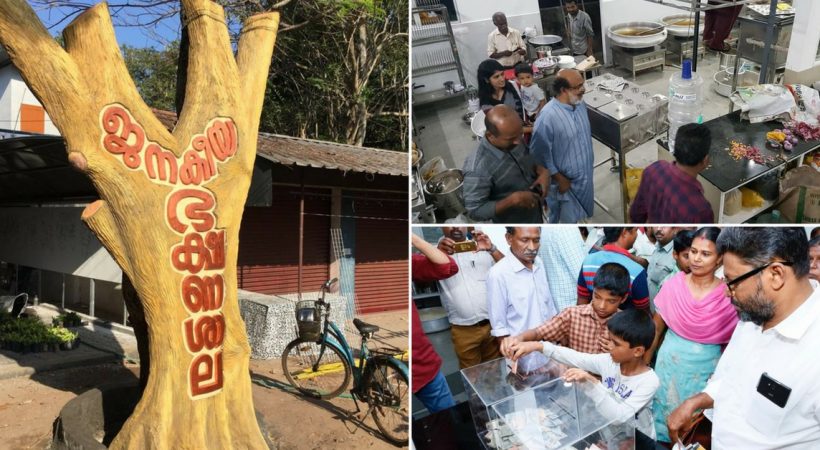 In a world where everything is expensive and seen through the glasses of profit, a small organization in Kerala has been wonderfully operating a restaurant with no cashier or cash counter. Surprisingly, this small restaurant has dealt with food worth 25 million rupees in a single year.

The ‘Snehajalakam’ (translated as ‘Window of Love’) Public Restaurant at Pathirapilly, Aleppey in Kerala was a dream project which started with quite a lot of skeptical views on the feasibility of the project. However, when the restaurant completed one year of functioning, the restaurant was able to alleviate the starvation in a whole village. Catering to the needs of around 1000 people a day, the restaurant had to face the loss of just 0.17 million dollars  in the first year of its installation. The restaurant has also been providing food for around 300 poor families in the vicinity and the restaurant was of great help in serving food during the devastating floods in Kerala last year.

Now, the natural question is about the funds required for the project to be in action. The project was completely based on sponsorships wherein individuals on various occasions like birthdays and anniversaries, sponsor food for 100-200 people and sometimes even for 1000 people. The restaurant has also been receiving catering orders, the profit of which would go to towards the running of the restaurant. Moreover, the profit of organic farming by the restaurant was also directed towards the funds for the project. The restaurant was started under the project of the Kerala government named ‘Vishapp-rahitha alappuzha’ (translated hunger-less-Aleppey).

Tags: God's Own Country, Kerala, restaurant with no cashier or cash counter
Related -